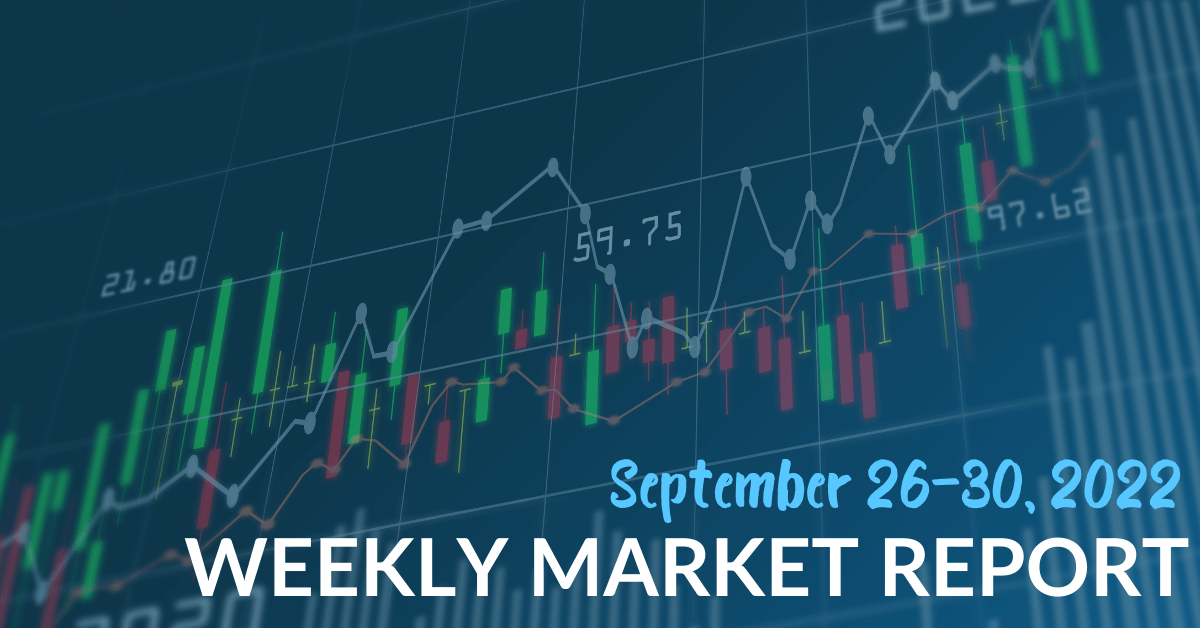 The question right now is how deep will this economic downturn be? If we don’t have any sort of external shock, which is so hard to predict, you’ve got to look at what’s good in the system before we get into the negative. Think about it this way. The labor market is still strong. The banking and financial system right now are pretty sound in the U.S. compared to where it was in 2008 and the great financial crisis. Credit markets appear to be orderly right now, and the U.S. economy is cranking along because we don’t rely as much as we used to on foreign energy sources. All that’s pretty good.

Why are stocks down right now, and why did they drop this past week? And what’s going to happen? As I said, the S&P 500 fell to a fresh yearly low this past week because of a new headwind that suddenly popped up that we didn’t see coming—the situation in the UK. It was a surprise. The Truss government of the new prime minister decided to do something. Right now, number two, there’s too much global stimulus. Number three, the lockdowns in China are too stringent, which contributed to the supply chain collapse. Four, you have too much unemployment compensation, which contributed to a tired labor market, which is what we’re seeing right now. And number five, the too-easy monetary policy contributed to even more inflation. Those are five problems right now that are out there.

Finally, as if all that wasn’t enough, Putin upped the stakes in the Russia-Ukraine war. As you know, he’s annexing Ukraine—parts he basically said are mine. And the U.S. and the allies right now are not going to put up with that. We know that. This next week, we should all expect to see the biggest escalation in nuclear threats between the U.S. and Russia since the Cuban Missile Crisis. Now, what’s that going to do to the market? Put simply, this is all too much for stocks right now, and that’s why markets are hitting fresh lows. And I think that’s going to continue.

To what extent? I think there’s a way out of this if: 1) inflation starts to pull back, which it’s going to at some point in the U.S., 2) the Fed says we’re going to stop raising rates, which at some point they’re going to do, 3) Russia-Ukraine ceases, which will happen at some point, 4) China realizes that economic collapse is worse than COVID, and 5) the UK accepts the reality that one can’t solve the problem by throwing more money at it. Once those things happen, stocks will stage a massive, legitimate, well-rounded rebound. And don’t kid yourself, we’ve seen it this year. They happen fast, but you have to wait for it. In the meantime, you’ve got to hang on. You’ve got to be patient.

So, what’s the big deal about the UK and why should you care? Here’s why. On Wednesday morning, the Bank of England, which is like our Fed, made an announcement. They declared that they stood ready to buy an unlimited amount of longer maturity gilts to ensure that the market would function properly. This would be like the Fed saying we’re going to buy all the Treasuries out there we need to just to make the market feel good. That’s a big statement. It’s like an unlimited checkbook.

So, while this announcement, which was one of the most bizarre ones I’ve seen in my career, is going to provide some short-term relief from the yields that were rising out of control, it doesn’t solve the problem. And here’s why: The British pound has fallen sharply against the dollar, and the ten-year gilt yields have risen sharply in reaction to Prime Minister Truss’ spending plan. Here’s what she said. She said she’s going to give money to British citizens to counter their higher electricity bills. That’s against what the Bank of England’s trying to do, which is to slow down inflation, slow down the economy by raising rates. So, you’ve got one hand doing one thing and the other doing the other, which doesn’t work.

So, what are they going to do? The Bank of England’s announcement doesn’t fix the problem. It just kicks it down the road a little bit further. This is the first time in my career that I’ve ever seen this happen. For trading in gilts and the pound to return back to normal, we have to see one of two things happen—either Truss has to scale back or abandon her fiscal stimulus plan and/or the Bank of England must announce a massive rate hike that will effectively offset her plan. But think about that. Where will rates go? I mean, is it going to be the ‘70s or ‘80s all over again with those sort of interest rates? Remember those days? It was great for bond buyers.

Why does this matter to us? Because this is a shock that, again, the market didn’t expect. When you have these sorts of things happen, the market just doesn’t like it. The market is future looking. Remember that.

Do I think we could get there? Yes, I do think that could happen. Again, can you buy the bottom? No, no one can do that. You can’t buy the bottom. You can’t sell the top. That’s just day trading. It doesn’t work. But if you’re sitting on cash right now and have a longer-term perspective, you might want to think about equities or bonds right now. The moral of the story: Be patient.