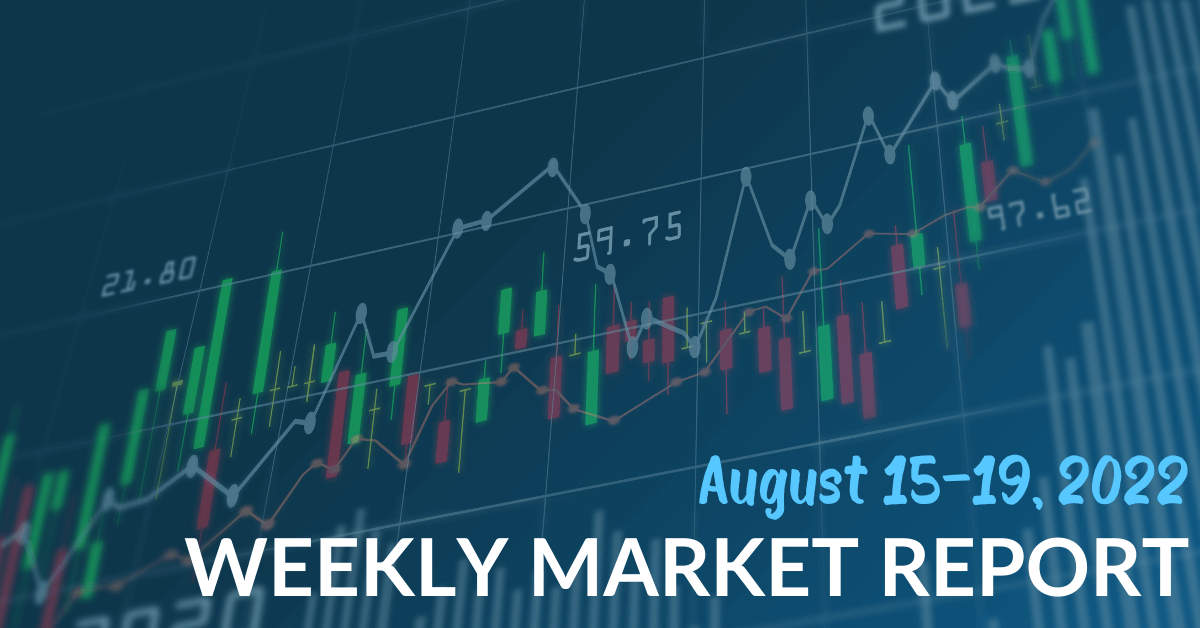 Bottoming Out of Consumer Sentiment

Turning to the article in The Wall Street Journal that suggested that the Fed is inclined to keep raising rates, consumer sentiment looks like it’s been hurt a little bit. According to the University of Michigan Consumer Sentiment Index, which fell to its lowest point on record by dropping below 60, this is for the fourth time. Looking at the positive of that, a bottoming out in consumer attitudes usually follows a favorable market performance. In the three previous instances when the index fell below 60 in 1980, 2008, and 2011, the stock market was higher in each of the following six and 12-month periods, with the S&P 500 averaging an increase of 16% over the next six months and a little over 20% over the following 12 months.

Turning to the economy, the housing starts came out this week, and the data on housing remains remarkably consistent. The housing market is rapidly cooling. Both July housing starts and housing permits declined more than expected. Additionally, the key metrics for the residential housing market, single-family housing starts and single-family housing permits, also both fell this week, despite expectations. The numbers were down 0.1% on the family starts and off 4.3% for permits. This signals further weakness ahead over the next 3–6 months. Bottom line, housing is slowing exactly as I would expect, given the multi-year highs and mortgage rates. And you should expect that the slowing in housing is going to gradually expand as the economy starts to slow down over the next couple of months.

That begs the question: The stock market’s been having a nice couple of weeks, so why is the bond market in the currency market disagreeing with the stock market? Great question. Let me address that. Despite the fact that stocks have rallied on the idea that the Fed is going to pivot—in other words, the belief is that they’re not going to raise rates as aggressively as the market was previously thinking—the ten-two spread and the currency markets just aren’t showing that. The meaning of all this is that there’s going to be higher inflation and more Fed tightening.

Since late July, the two-year Treasury yield, which is the market’s proxy for the expected Fed fund rate, has risen from 2.88 to about 3.28%. If you look at the long end of the 30-year Treasuries, which is about as far as we go out, it’s sensitive to what they expect inflation and economic growth to be. This has gone from 2.61 to 2.88. That shows that there’s more interest to come. Now, as far as the ten-two spread goes, the ten-year Treasury compared to the two-year Treasury yield is inverted. And this past week, it got to -43 basis points. In other words, the two-year was paying more than the ten-year. And this is a multi-decade low for this sort of benchmark. The bond market is saying is it’s expecting that the Fed is going to make less of a change than what the stock market’s saying it’s going to be. And for it to be the other way around, I would expect the reverse to happen. I’d expect to see the two-year yield start to drop and the ten-year start to increase so that they’re not inverted.

If we turn to the currency market, the dollar index dropped to below 105 this past week. Again, this was a multi-week low from what we’ve been seeing. And if the currency markets are expecting the Fed to get less hawkish, we would see the reverse of that. We would see the dollar decline to more of the mid-one hundreds, and we’re not seeing that. At some point, it may well happen, but for now, the currency and the bond markets are not confirming the hope that stocks are, which is that the Fed’s going to pivot.

The bottom line is price action in the broader stock market has gotten better in August overall, but I think it’s premature to say that the trend is now bullish. In reality, the market has just stopped falling for a period of time and established a near-term bottom, just under 4000. Near term, we’re going to want to see the market continue to hold the recent gains, specifically now the support level at 4155 with a key resistance on the upside at 4300, and then the all-important 4386 to see if we can go higher from there. Now, realize that on the bottom, if we go through the 4155 level, we’re looking at 4072, given the fact that the equity markets have created this 4000-foot level if you will.

We have a bit longer to go in the summer, so we’ll have to see if this latest leg higher will end up being a repeat of the March bull trap or if the S&P 500 will be able to stabilize and make a higher low to complement the new multi-month highs. This would lead me to turn more bullish and shift the technical outlook for equities to the positive side. To the upside, the key level to watch right now in the S&P 500 is the 200-day moving average. And again, that number is 4323. The S&P rallied up to test this technical indicator on Tuesday but quickly failed and, through Friday, retreated as well. If the S&P can break above this 200-day moving average and hold there for several days, that will be a positive technical development for this improving overall feeling we’re getting.

It is worth noting that the Dow broke through the 200-day moving average earlier in the week and looked like it was going to hold, but Friday again turned around a little bit. This trend is encouraging overall for large caps. But again, we want to see the broader market, specifically the S&P 500, hang in there and continue to grind higher if we’re going to get more bullish on the overall market at this point in time. Next week, we’re going to be wanting to pay attention to more inflation data, specifically personal income and consumption.