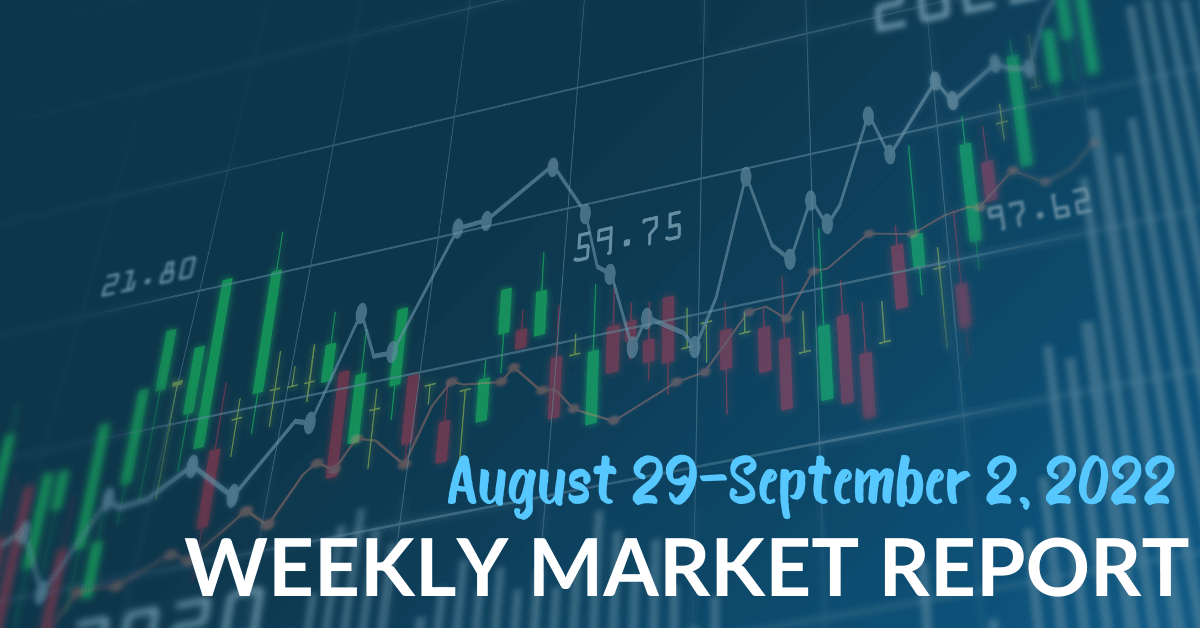 This was a tough third week in a row on Wall Street. Markets finished down as China, Russia, COVID fears, and Fed policy all weighed in. The Dow was down 3%. It’s now down almost 14% for the year. The S&P 500 closed at 3924, down 3.3% for the week. Year to date, we’re off almost 18%, getting very close to that correction territory again, which is down 20% or more or the 3900 mark I’ve talked about previously. NASDAQ was down 4.2, off almost 26% for the year. And the international index, the IFI, off almost 5% for the week—down 4.9% year to date. The Nasdaq and the IFI are both in correction territory. A bright spot: the ten-year treasury closed the week at 3.2%. Yield now is 1.7 for the year up—again, not bad. And oil, $87 a barrel. Bonds were down again 1.2%, off 11% year to date. So, very few places to hide overall when it comes to the market.

Let’s look at what happened last week that dragged down the market. Stocks had a heavy tone coming in as reports were coming out of China that there were more lockdowns in the city of Chengdu. It’s more than 21 million residents were going to be locked up for several days of testing after COVID again spiked in that region. And then we had a massive blow to Europe. Russia’s Gazprom, their key gas pipeline to Europe, can’t reopen, as a new technical issue has developed. You add to that the Fed, with the Fed talking about the pain points, and the market just didn’t like it. The European market was also figuring that this week, the ECB is going to raise 75 basis points.

The unemployment number was relatively positive. We had a decent drop in the unemployment rate, down to 3.7%. If it had been worse, this market would have gotten even worse, though the S&P fell into the technical support area of 3900. I think it’s too early right now to call a bottom to this bidless decline in stocks, but there is evidence that a bottom could form at the 3900 level in the sessions ahead. It’s going to depend on what we see coming from the Fed because obviously, the Fed is driving this market. And as we set in higher highs and higher lows, this is a very basic, historic, strong technical development in that we’re building a base right now at this level.

Let’s look at the unemployment number. I’m going to say it was just right overall. You can have a too hot, too cool, or just right—like Goldilocks. This was just right because hiring slowed in August, but it remained sturdy as employers added 315,000 jobs. The estimate was 300,000. With softer consumer spending gains, rising interest rates, and a sputtering economy as things start to slow down, the unemployment rate went up to 3.7 from 3.5 according to the U.S. Labor Department, meaning there are more people unemployed. That’s because the labor force, the number of people working and looking for a job, shot up by nearly 800,000, with many of those on the sidelines going back into the labor market. So, this is good news as it makes it less likely that the Fed will get more hawkish and raise rates too much. And there’s a good chance with this number that they start to cut rates again. We’re not looking till the second half of 2023 for that to happen, but it could happen.

Now, let’s turn to the bond market because the bond market tends to predict the future as well. Turning to treasuries right now and the ten-two spread: The ten-year treasury, which closed the week off at 3.19%. The two-year, which is paying more interest, closed at 3.39. That’s called an inversion—when you have the two-year paying more than the ten-year, the market is signaling that we’re going to have some problems in equity. I think the overall gain in that area is positive, and here’s why. Because the bond market is saying right now that the economic slowdown, which you could say is looming, is not going to be as bad as feared a few weeks ago. Growth right now remains solid, and this implies that any slowdown may not be as bad as feared. Bottom line, when you compare those numbers, it’s essentially a 20-basis-point spread, which is not a great inversion because we never like inversions, but it’s better than, say, a 50-basis-point spread where it was a few weeks ago. If ten-twos can continue to rally and move towards 0% sooner than later, meaning there’s no inversion or differential, that’s a positive sign from the bond market. This would be the first one that we’ve seen in a while, so we’re generally moving in the right direction.

Now, more news to just think about would be the period that we see after the midterm elections. Remember, midterm elections are going to be held on Tuesday, November 8th. If you look at history, it seems to be on the side of markets in midterm years. In the 12 months prior to the election date, market performance was typically not so great and could be volatile, just like we’ve seen this year. However, in the year after midterms, market returns were positive on average by about 15%, regardless of which party was in power. And markets in many cases tend to prefer a gridlock outcome, which is where we see a split between the House and the Senate, potentially across parties. And this is likely, given what we’re seeing at this moment in time. Now, remember: past performance is no guarantee of future results, but again, just something to think about.

The other thing I’d like to talk is the history of Fed warnings. Now, one of the phrases that the financial media has been keying in on from Chairman Powell’s speech was his declaration that we’re likely to experience some “pain” in the economy as the Fed continues to raise rates to try and bring down inflation. Now, Powell became the third Fed chairman in my career to explicitly warn of tougher times ahead for the economy or markets. Fed chairs explicitly warning of future pain is not a regular occurrence, and that’s because they’re usually cautiously optimistic or not committed to the path of the market or growth. Very seldom does a Fed chairman make a warning on growth or valuations.

As a result, I wanted to look back at the two previous warnings I’ve witnessed, review the market performance following each, and see if there are any conclusions we can draw. Warning one: Alan Greenspan, January 20th, 1999, was testifying in front of the House Ways and Means Committee after nearly 80% gains in the Nasdaq over the prior two years. He said this rally in stocks was unusual as it wasn’t being driven by rising earnings. And he said that the rally will likely have difficulty being sustained—you may remember the famous irrational exuberance speech. What happened to markets after that warning? Well, they rallied at first. The S&P rose through 1999, and one year from the warnings, January 20th, 2000, the S&P 500 had produced a 15% gain. But Greenspan’s warning proved accurate. In early 2000, stocks rolled over hard as the tech bubble burst. By the time the bottom was reached on October 9th, 2002, the S&P 500 had fallen 38% from when Greenspan made the warning.

Warning number two: Ben Bernanke acknowledges the risk in subprime. Then-Fed Chair Ben Bernanke testifyied before Congress to address the growing housing crisis. Mr. Bernanke acknowledged there would be some pain in the housing market but also said he thought the risk from the housing market could be mostly contained in the subprime area. Well, what happened after the warning? Well, markets rallied initially. The S&P 500 rallied more than 10% over the next several months, but the gains didn’t last. And in March 2009, the S&P 500 had dropped more than 40%.

What does this mean for markets now? I think there are two takeaways. First, if a Fed chair warns about something, you better listen. Powell warned of some economic pain ahead, so we should all prepare for that pain. Second, be suspect of any relief rallies following these warnings. In both warning instances, stocks rallied for months before the economic realities both Fed chairs warned of came to fruition. That doesn’t mean we should automatically fade every rally going forward, but we should remain skeptical of those rallies until the factors that are behind the warnings—higher rates, higher inflation, slower growth—start to ease. And remember, past performance isn’t indicative of future results. In both instances, the warnings were given closer to the highs than we are now. But the bottom line is, Chairman Powell warned of pain ,and we should listen.