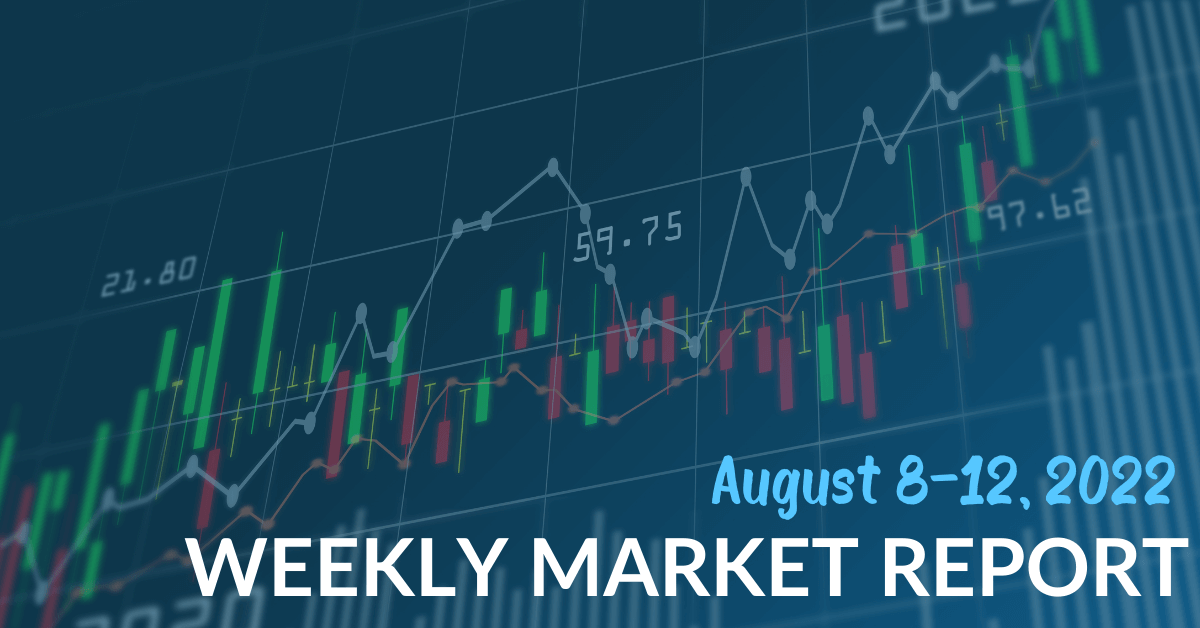 Inflation Took a Step in the Right Direction

As we were talking about last week, this week was really important to lay out the future of inflation. There were several things I was looking at. First, the August numbers we’ve seen are showing that there have been some pretty legitimate macroeconomic improvements since early July. We’re seeing evidence of that in the market as the signs of inflation are starting to cool down a bit and the earnings season is starting to be better than what was expected.

Let’s start with July’s CPI, the consumer price index, which was flat. This was a welcome change from the inflation we’ve been seeing across all the other data points we’ve been looking at. We saw it come in eight and a half versus estimates of 8.7. Now, eight and a half is still elevated, but the estimates were wrong. They were higher than what actually came in. That shows that inflation in some areas, particularly the oil and gas space, is starting to cool down. That was a good overall outcome for the market, and the market started to enjoy some upside as a result of that. But remember, this was mainly due to the price of energy coming down and doesn’t mean that things are over because housing, shelter costs, services, food prices, etc. are still elevated as we all know and feel.

The second one that came out this week was from The University of Michigan, which publishes its consumer sentiment report with one-year and five-year expectations. The one-year expectation dropped to a six-month low of 5% from 5.2%, and its five-year inflation outlook was up slightly to 3% from 2.9. Remember, we were looking for anything north of 3.5% on the five-year being a problem. We are still in a problem area when it comes to the one-year, but again, somewhat positive information came from that overall. Again, I’m relatively optimistic, but we’re not overly exuberant because there are more things to come that we’re going to be paying attention to, but this week was pretty good. You’re seeing that in the return of the markets, as we talked about at the top.

How Will the Fed React to Economic Data?

What could send stocks higher from here? Because, again, this week, we crossed an important technical aspect when it comes to what I look at. Technically, the price action has to improve for me to become overall optimistic about equities here. Overall, I’m still bearish until other meaningful things happen. Right now, we’re just turning the corner. Remember, the key resistance level on the S&P for me is 4288. As you’ll see, we closed at 4280 this week, so we didn’t break that upward resistance level, which overall signals that we’re not out of the woods yet.

I’ve been getting the question: What could send stocks higher from here? Last week, investors liked the news we were talking about earlier to see a greater chance of a soft landing, the Fed’s ability to reduce inflation by raising rates in a relatively meaningful way as opposed to overdoing it. The market right now is thinking that the Fed won’t have to hike rates as much as they’d previously feared because inflation’s starting to come under control. That’s the evidence that’s presenting itself to the overall investing community right now. We see in stocks that cyclical sectors bounced back this week, and we saw some selling in some of the defensive supercap tech, more traditionally defensive sectors in bonds. The two-year yield is flat, while the ten-year has started to rise about 20 basis points—still well off the pre-jobs report lows as markets are selling the long end of the Treasury curve. And this is again based on a potentially better economic outlook than what we’ve been seeing. However, overall, there are still some areas we need to be concerned about.

The price action I’m seeing right now is showing me that it’s going to take more for the S&P 500 to move materially higher from here because at these values right now, the peak inflation trade is likely fully valued—potentially, some might say overvalued. A peak in inflation, combined with underinvestment and negative positioning, have sent the S&P 500 to the 4200 level. But that’s pretty full in terms of value when you look at the future price-to-earnings ratio that we’ve been talking about for weeks now. We know we’re still going to see rising rates; it’s just a question of how big. We’re still going to see an economy that is slowing, but is it going to be overdone? That’s the big question. An economic soft landing has to actually appear to push stocks higher from where they are right now, and that means a focus on the data that we’re going to see coming out, the inflation metrics as they continue to unfold. Also, what is the Fed’s actually saying? All three of those things have to go right to push stocks meaningfully higher from here, and that information is still not out there yet. I still feel the market is being a bit optimistic, so I still want you to pay attention to that area.

What Happens From Here? Inflation → Growth

Let’s talk about where things would go from here. So, the story of the first half of the year was certainly about inflation. I’m going to say the second half of the year is going to be more about growth—and here’s why. First, I can’t remember a time in my entire career when numerous Fed officials have essentially said that the market is wrong in its assumption that we’re going to get less hawkish raising rates, etc. Perhaps, the Fed is wrong, but that’s a pretty direct pushback on the whole idea that’s underwritten the latest rally. Second, while economic data has been resilient overall, it’s still early in the cycle. It hasn’t even been six months since rate hikes started. And as you know, policy operates on a lag, so it’s entirely possible that headwinds on the economy are going to build over time here and slow things down. We should see this into the fall. And finally, earnings were better than expected, but the second quarter was still a rising economic tide.

What’s going to happen when rates do slow things down and the momentum stalls? Perhaps, earnings will remain resilient, but let’s think it might be a little bit too aggressive. The two tried-and-true economic indicators that I like to look at right now are still flashing warning signs. Commodities are down on demand as market prices in the global world are high and limited, as we know in Europe. And the bond market is still pricing in a slowdown as the ten-year and the two-year overall are negative. It’s been that way for a while. So, we need to see all these sorts of things work their way out. I don’t want to get too far ahead of ourselves if that makes any sense. Next week, we’ll get more information about retail sales growth, and we’ll continue to see if any sort of inflation rears its ugly head.

Posted in Market Commentary, Stock Market
Download "WILL A RECESSION ROB YOUR RETIREMENT?"