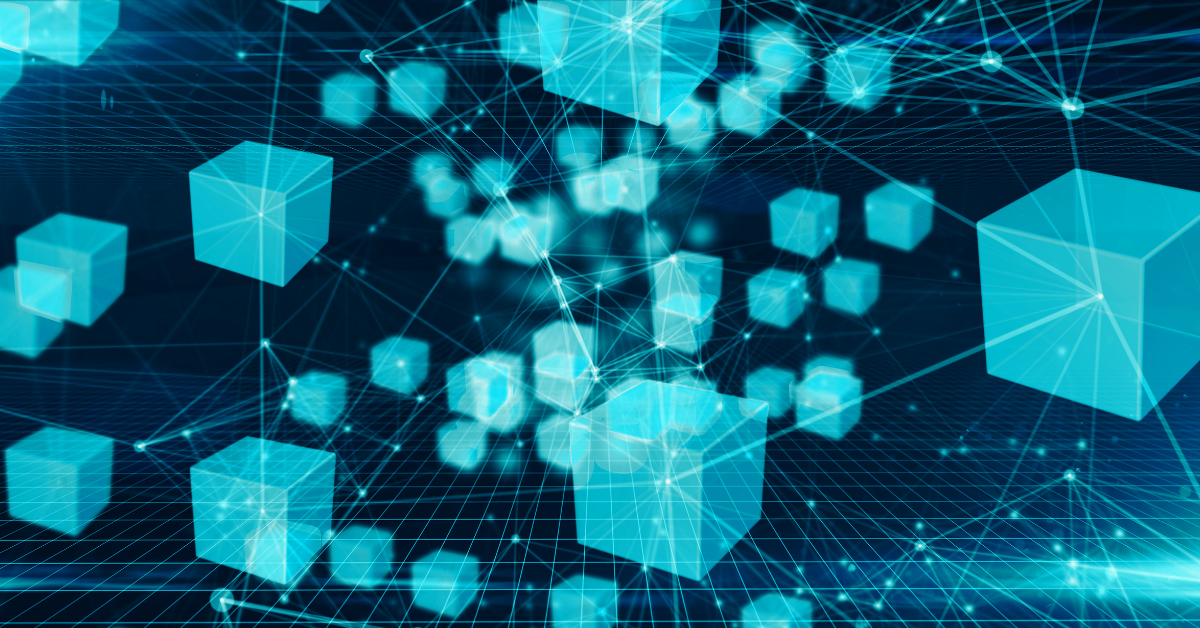 Blockchain is a digital ledger on which cryptocurrency transactions are distributed across a network of computers using information encrypted by cryptography. Blockchain is open-source distributed ledger technology (DLT) that decentralizes financial transactions. Transactions can be for either tangible (house, car, goods, etc.) or intangible (intellectual property – e.g., copyrights, patents, etc.). According to The Balance, “Think of a blockchain as a book containing a list of transactions that all members of a group, or network, need to see. Every member or ‘node’ of the network has their own copy of the book. Each page of the book is a ‘block’ of data. Every page of the book is identified by a unique page number called a ‘hash,’ and the first entry on each page is the ‘hash’ of the previous page. That first entry is the ‘chain’ that links the pages or ‘blocks’ of transactions together.”

Traditionally, in financial transactions, a third party (like a bank) acts as the intermediary for funds transfers. It generally takes time to process—sometimes up to several days—and the third party takes a commission for processing the transaction. Blockchain technology allows almost near-real-time transactions to take place via peer-to-peer networks—meaning you don’t need third-party involvement.

A hallmark of blockchain technology is that it is immutable—once a blockchain is added, it cannot be edited or deleted, thus creating a permanent record. Blockchain builds trust because there is no overarching body or person “in charge” of it; the network is managed anonymously by the people who use it. Proof of the transaction is also contained in more than one place.

How Does Blockchain Work?

Participants (or “nodes”) in the network receive the blocks after a transaction is initiated, then validate the transaction using a complex mathematical formula. This takes an incredible amount of computing power, which is both why more people do not “mine” cryptocurrency and how the risk of fraud is significantly reduced. However, anyone can “mine” provided they have the computational resources necessary to do so. Users have a public and private key—both of which are used to validate a transaction. The private key is known only by the user, like a password, and the public key is used as an “address” as part of the blockchain record—no personal identifying information about the user is accessible. Authentication uses these cryptographic keys that identify the users and verify the transaction. The decision to add the transaction to the blockchain is authorized by the “nodes” (or peer-to-peer network computers), who decide if it is valid based on the public and private key verification discussed above. The majority of nodes must agree on the validity of the transaction before the block can be added—called the consensus mechanism. After validation, the data is chained to the previous block in chronological order, and each member receives a new copy of the blockchain for future comparison via this method. These participants then receive a “reward” for Proof of Work.

Miners receive a fraction of a Bitcoin as payment based on the computational time it takes to work out 1) the transaction’s validity, and 2) the correct mathematical public key to link the block into the correct place. This reward reduces every four years until Bitcoin production ceases (2140 estimated) As transactions increase, more Bitcoins are added to the supply.

Private blockchains have been used by companies so that they can create and manage their own networks. Public blockchains are more common, managed anonymously, and are viewable by anyone.

Blockchain technology is relatively secure because of how it is set up and managed. Since multiple members maintain and validate the transactions and every member has the newest copy of the blockchain, hackers would need to access the majority of nodes to create fraudulent transactions that they could then validate. If a hacker altered their own ledger—a single copy—the other nodes would cross-reference each other and notice the discrepancy, casting this single transaction aside as illegitimate, thus failing to authorize and execute the hack. The computing burden alone would make this a costly and daunting task. This is not to say that it is tamper-proof as the 2014 collapse of Mt. Gox bitcoin (the world’s largest at the time) and several other blockchain hacks in more recent news have shown.

Bitcoin and Blockchain Are Not the Same

Bitcoin is built on blockchain technology—and with its advent in 2009 allowed blockchain to have its first application in the real world after its 1991 outline by W. Scott Stornetta and Stuart Haber. These researchers wanted to invent a system in which timestamps could not be altered or tampered with but didn’t have an application for it at the time.

What Are the Dangers of Blockchain?

Two major disadvantages exist in blockchain technology: the propensity for illegal activity and the lack of regulation (sometimes considered a pro), as there is relative anonymity with little to no regulation in the cryptocurrency and blockchain world.

The application of blockchain technology extends beyond the realm of finance as it has the power to track orders and payments, supply, production, and manage accounts and information. It can be applied to many transactions where traceability and visibility are desired and has the potential to reduce costs, increase transaction speed and overall efficiency, and improve security and trust. Experts have predicted it may be used in the fields of healthcare, banking, the food chain/supply system—just to name a few—and may even change the way we vote down the line. The impact of widespread acceptance and use of blockchain will be enormous but is still many years away.

Every strategy is dependent on a variety of different factors, so make sure you read the fine print.

If you want to learn about more personalized and advanced strategies, click HERE to schedule a 15-min call with our team.