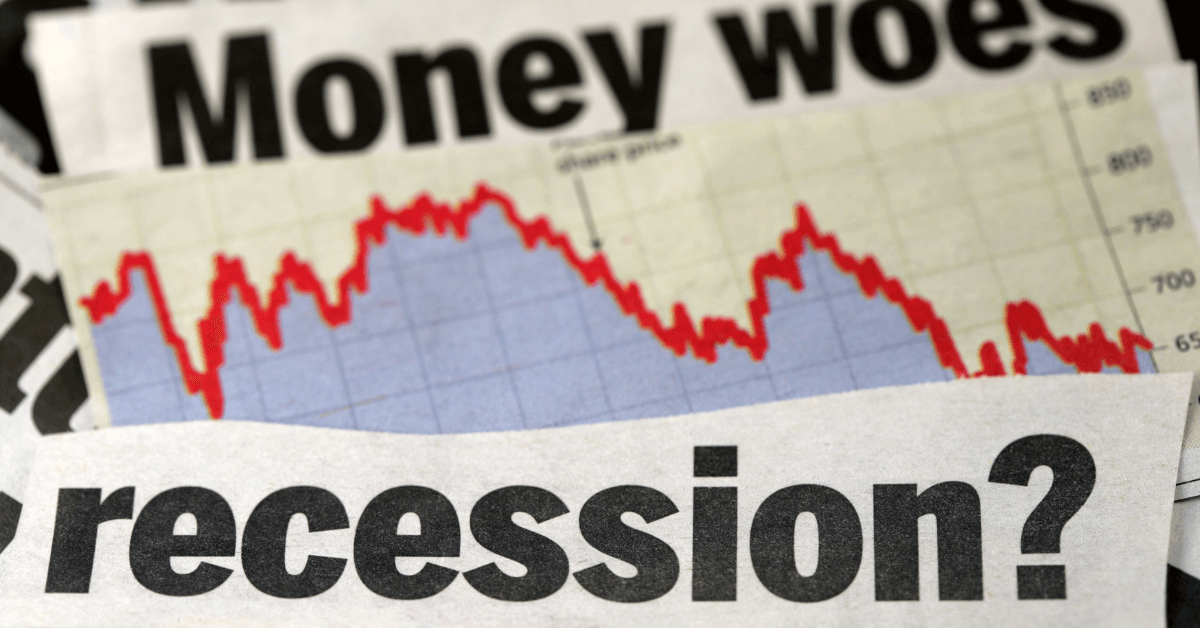 Volatile stock markets, rising interest rates, and the highest inflation rates in 40 years bring one nagging question to the front of Americans’ minds: Are we in a recession?

Definitions abound, so let’s discuss what a recession is—simply put, a recession is when the economy starts shrinking and ends when an economy begins growing again. Investopedia states a recession “refers to a significant decline in general economic activity in a designated region” that lasts several months. A recession usually involves economic struggles, lost jobs/unemployment, less consumer spending causing companies to have lower earnings, and an overall decline in economic output. Recessions are a normal part of the economic cycle, albeit unpleasant and stressful for some.

Economist Julius Shiskin formulated a popular definition of recession in 1974: two consecutive quarters (or six months) of declining real GDP. The National Bureau of Economic Research (NBER) is the authority that declares a recession in general, including the starting and ending dates. The NBER has more broad definition of what a recession is: “a significant decline in economic activity spread across the economy, lasting more than a few months, normally visible in real GDP, real income, employment, industrial production, and wholesale-retail sales.”

One key item to note: Official recessions are not usually declared by the NBER until after they have occurred—but many make careers of predicting, identifying, and commentating on recessions before, during, and after.

All economies alternate between times of expansion and recession called the business cycle.

There are a variety of ways to predict when a recession will occur. Various economic indicators are monitored to help predict or verify a recession’s onset, including indexes like the ISM Purchasing Managers Index and the Conference Board Leading Economic Index, the Treasury yield curve, real

Predicting recessions is challenging, but some indicators can warn of impending trouble:

While there are indicators to help predict a recession, nothing really exists to prevent one—partly because consumer sentiment (e.g., our thoughts and feelings toward the economy, spending, etc.) have an influence over—get this!—the economy. Governments often take actions to try to lessen a recession’s severity, though. 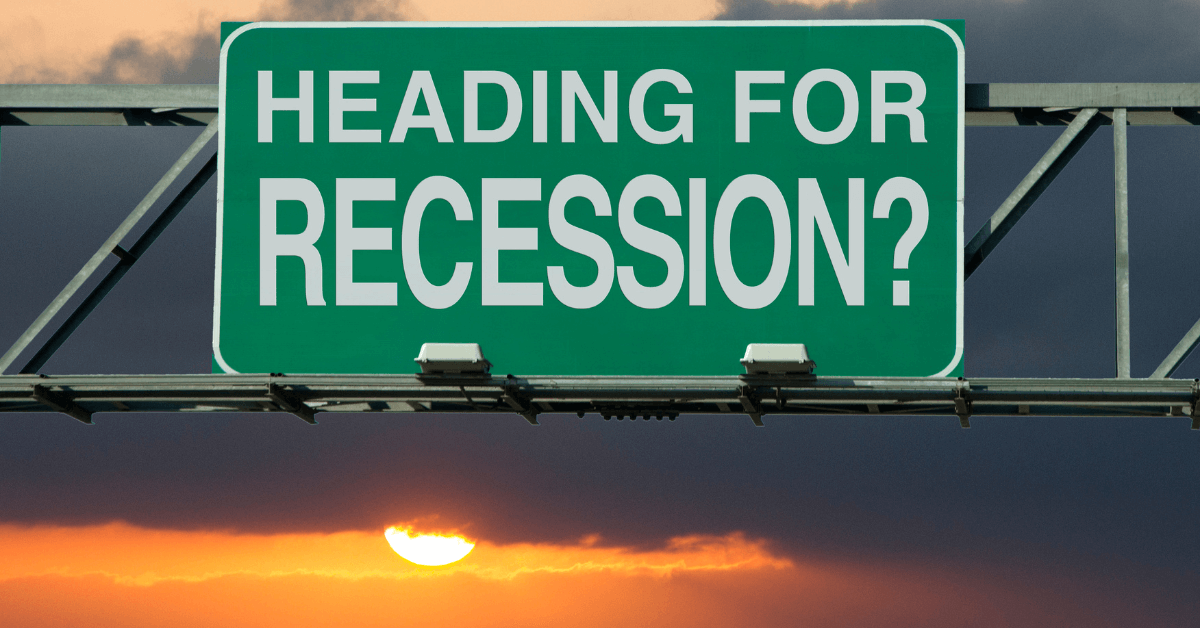 According to Forbes Advisor, some of the main drivers of a recession are:

The two terms sound similar but one is far worse—a depression generally results in higher unemployment and steeper GDP declines and lasts longer than a repression. A depression’s impacts are felt deeper and longer. The Great Depression started in 1929 until 1933, but the economy didn’t fully recover until World War II in the ‘40s. According to data from NBER tracking recessions between 1945–2009, the average recession lasted 11 months, and there have been 34 U.S. recessions from 1984–2020. 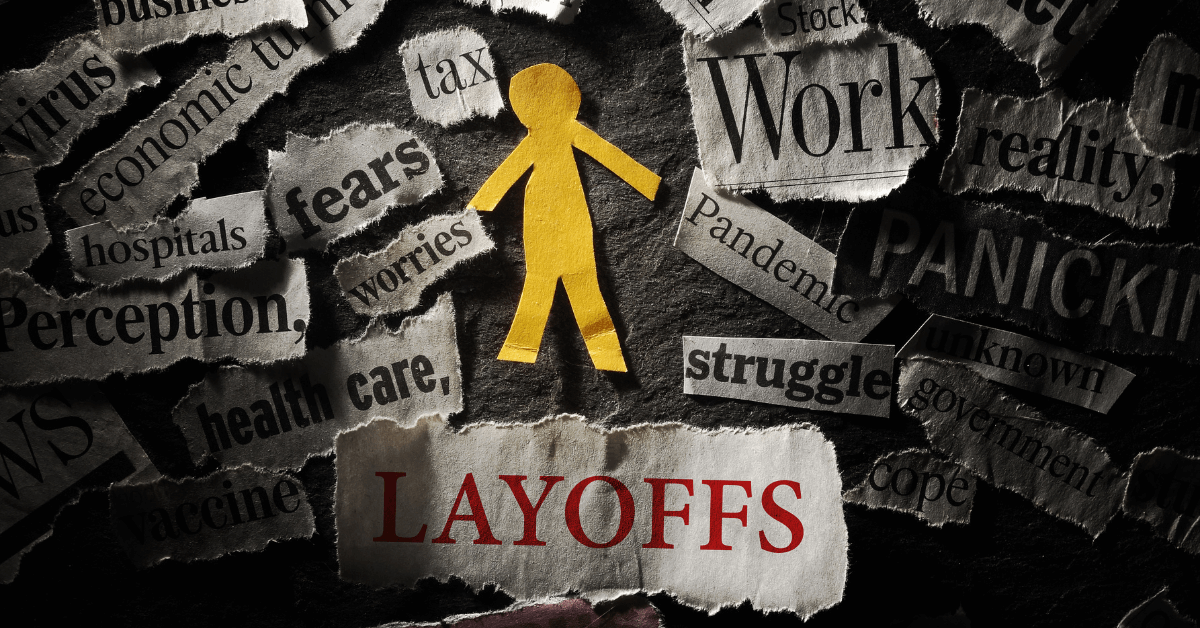 How a Recession Could Impact You

One of the biggest impacts an individual might experience is job loss, as rising unemployment is a common feature of recessions. It can also be difficult to find a new job because many more people are out of work and on the job hunt as well. Companies may also pause or slow down hiring, making it even harder to find a new job. Those who do keep their jobs may experience cuts in hours, pay, and benefits and lose opportunities for promotions/pay raises for a time.

Investments, like your stocks, bonds, real estate, 401(k)s and IRAs, and other assets, can lose money during a recession. This can significantly impact both personal and retirement savings—if you’re close to making a big purchase (like a home, especially if interest rates are rising) or retiring, this can certainly upset your plans. In some cases, defaulting on loans like mortgages and auto loans can cause you to lose your home or other assets.

Consumers generally spend less during a recession, which means company profits are reduced. This can lead to bankruptcies and businesses closing, as well as additional job losses. Lenders may approve fewer mortgages, loans, and other financing types during a recession. These are just some of the effects a recession can have on individuals, companies, and economies.

While recessions are a natural part of the business cycle, just the word can strike fear into the hearts of many. The silver lining is that recessions are not permanent and economies can recover.

Rodeck, David. (July 12, 2022). What Is A Recession? Forbes. https://www.forbes.com/advisor/investing/what-is-a-recession/

Posted in Investing, Stock Market
Download "WILL A RECESSION ROB YOUR RETIREMENT?"